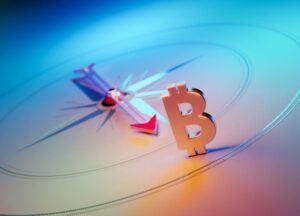 Recently, the U.S. Labor Department issued new 2022 guidance regarding 401(k) retirement plans that offer, or are considering offering, investments in cryptocurrency and/or self-directed brokerage accounts in their plan menu.

Based on the new guidance, employers could have fiduciary responsibility for participant cryptocurrency trades made through their self-directed accounts.  Concurrently, the DOL announced that it will begin an “investigative program” that would require plan sponsors to “square their actions with their duties of prudence and loyalty” if they permit participants to invest in cryptocurrency or invest within their self-directed accounts.

The DOL’s stated interest is to now ask plan sponsors to explain why crypto was part of a participant’s self-directed account. This could easily open the door to a new level of scrutiny for all self-directed investments, which could portend potential plan sponsor liability from both federal regulators and plaintiffs’ attorneys.

You may recall, approximately ten years ago the DOL issued guidance to regulate brokerage windows, but the guidance was taken back after criticism, primarily by the investment industry.  Since then, we anticipated the DOL’s stated intent to provide more robust fiduciary duties to monitor participants’ self-directed investments until now.  The somewhat nebulous previous guidance made a point to remind plan sponsors that they should not interfere with participant investments as it could lead to fiduciary liability.  Many plan sponsors who did offer self-directed accounts to take a hands-off approach to investments inside those account. This assumption appears to run contrary to the intent of DOL’s prudent fiduciary investment responsibilities.

Based on this new guidance, plan sponsors offering, or considering to offer, a brokerage account and/or cryptocurrency as an investment option for participants, should discuss and consider possible restrictions with their ERISA counselor and their investment partners.

This communication is strictly intended for individuals residing in the states of FL, GA, MA, and SC. No offers may be made or accepted from any resident outside the specific states referenced.